The Film Agency has managed the 360º film marketing strategy of the third season of Exhibition On Screen, internationally distributed by Arts Alliance and produced by Seventh Art. We ran marketing promotion in Spain and liaised with exhibitors in order to promote the season in their supports and venues and also coordinating the logistics of assets and materials. We have carried out several actions to support the documentaries through partnerships, media partners, grassroots campaigns and events.

We created alliances with several brands and clubs such as Club TR3SC, Fnac, Pase IVEA, British Council, Institut Français, Universidad Carlos III, Universidad Complutense, Thyssen-Bornemisza and Turner Editorial who gave us consistent visibility in their media and communication channels. On the occasion of Renoir: Revered and Reviled release we set up a preview plus debate with experts at Thyssen-Bornemisza Museum in Madrid exclusive for press and grassroots communities. The event was hosted by Guillermo Solana, Art Director of the Thyssen-Bornemisza who held the debate with the rest of guest speakers and attendants after the screening.

Exhibition On Screen: GOYA VISIONS OF FLESH AND BLOOD

EXHIBITION ON SCREEN: PAINTING THE GARDEN 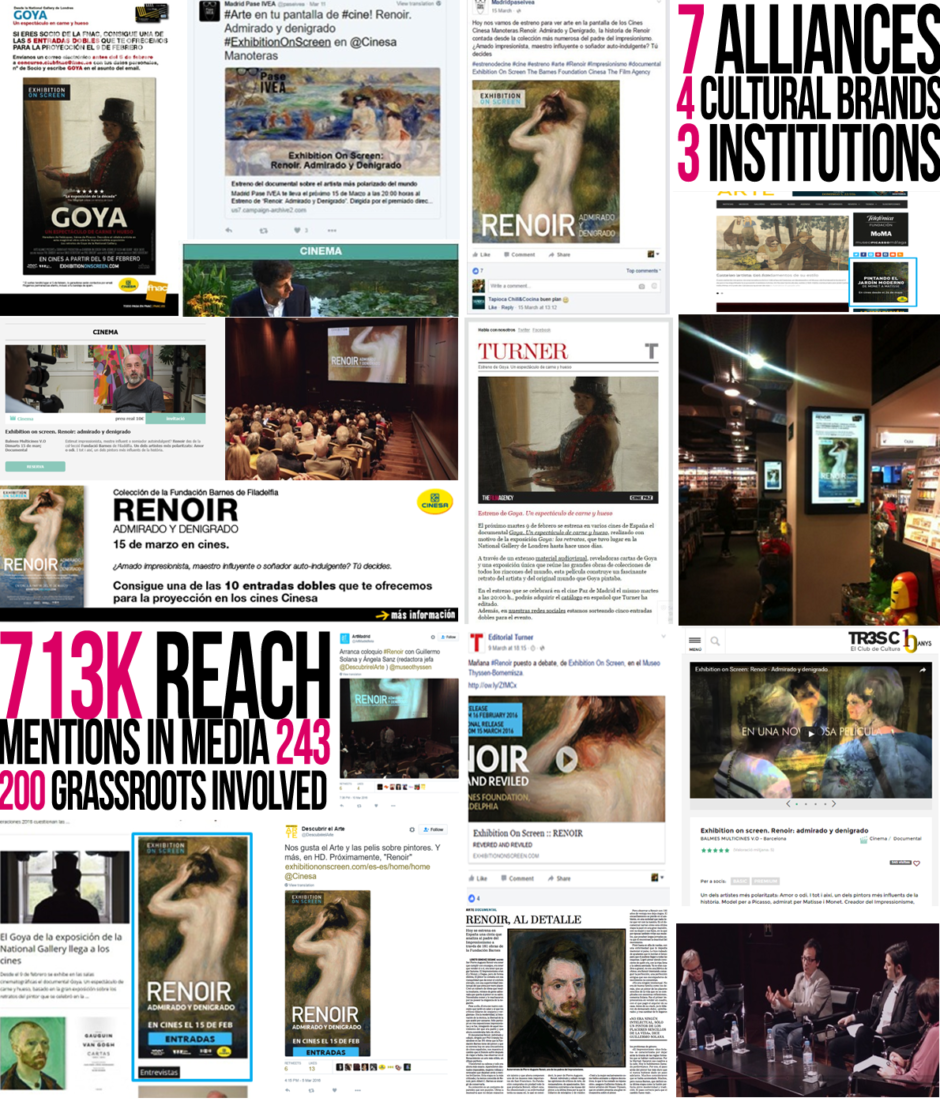