While They Watched is a feature length documentary about North Korea set in the future, that looks back at the collapse of the Kim dictatorship. The film questions the morality of the current inaction by regional global powers towards the North Korean dictatorship.

Using interviews, archive and observational footage, While They Watched draws on the power of hindsight. After hearing the tragic backstories of defectors who were first-hand witnesses to the brutality of the regime, the film questions the morality of the current inaction by regional and global powers towards the North Korean dictatorship.

This awarded documentary hit Italian and French audiences at the International Film Festival of Popoli and Les Arcs (France) and in parallel launched on VOD. This release pattern is powered by the Festival-To-Date Stream of The Tide Experiment coordinated by a set of leading European companies: Under The Milky Way, The Festival Agency and The Film Agency.

No humans deserve to be oppressed just because of their birthplace. 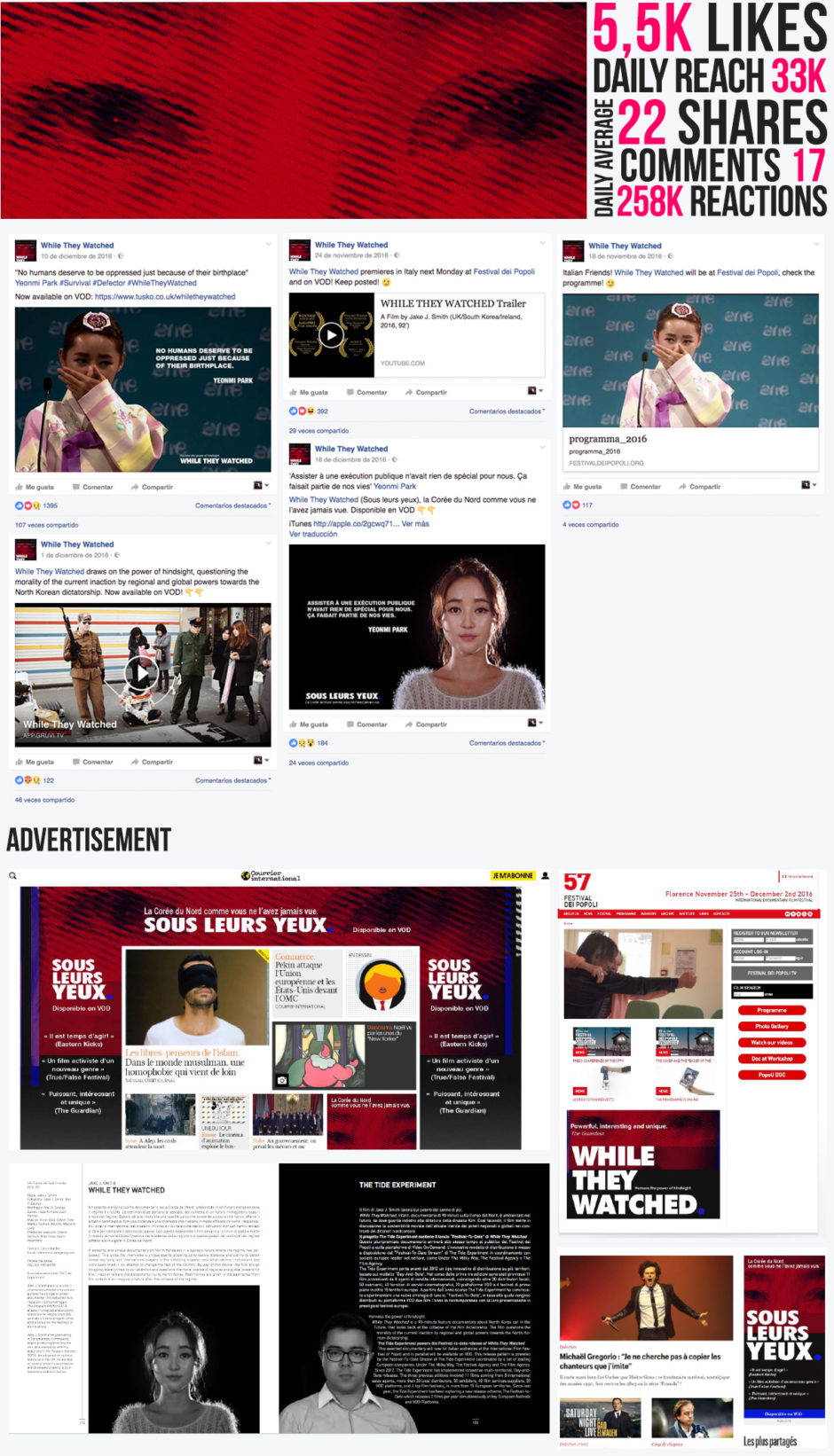